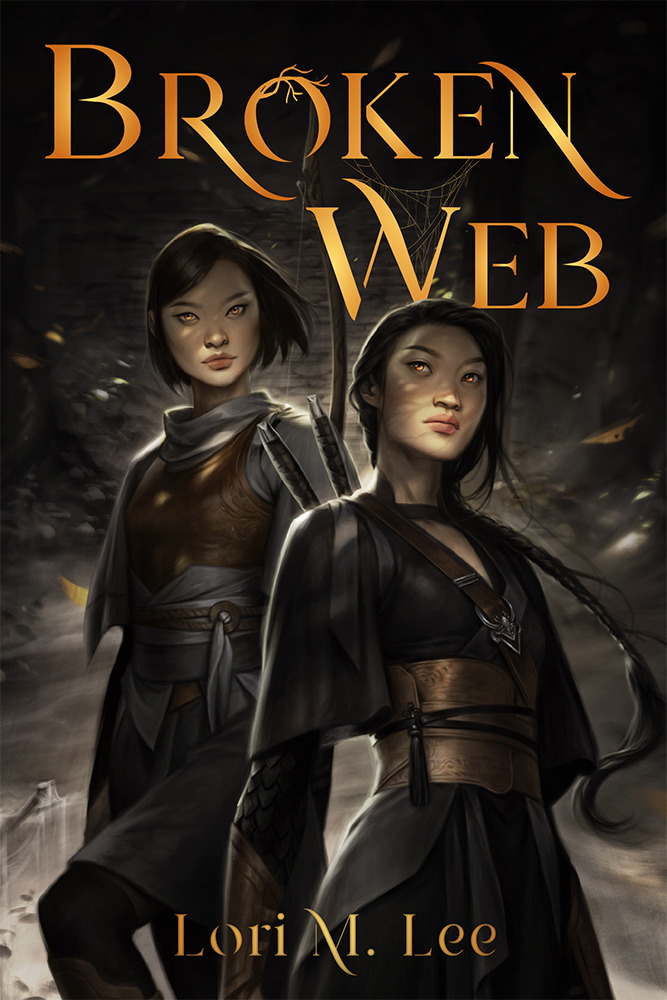 The sequel to the hotly-anticipated Forest of Souls, an epic and immersive tale of destiny and sisterhood. Perfect for fans of Susan Dennard, Sarah J. Maas, and Netflix’s The Witcher!

The Soulless has woken from his centuries-long imprisonment. Now, he lurks in the Dead Wood recovering his power, while Sirscha and her allies journey west to the shaman empire of Nuvalyn. The whole world believes Sirscha is a soulguide―a savior―but Sirscha knows the truth. She’s a monster, a soulrender, just like the Soulless, and if anyone discovers the truth, she’ll be executed.

There’s nothing Sirscha won’t risk to stop the Soulless, since his magic created the rot that’s killing her best friend. While the Soulless is formidable, he’s still a shaman, which means his power must be channeled through a familiar. If Sirscha can discover what―or who―that is, she might be able to cut him off from his power.

But that’s easier said than done with Queen Meilyr pursuing her imperialistic agenda. Sirscha finds herself caught between a war brewing in the north and the Soulless in the south. She should be uniting who she can to face their common enemies, but instead, Sirscha’s hunt for clues about the Soulless leads to a grim discovery, forcing her to question who her enemies really are.

Book 2 in the Shamanborn Series.

ADD IT ON GOODREADS

PRAISE FOR FOREST OF SOULS

FOREST OF SOULS is a 2020 Junior Library Guild Selection!

“Lee is a masterful world-builder, creating intriguing scenarios and a compelling cast of characters, anchored by the strong portrayals of female friendship. For fans of Natasha Ngan and Joan He, and for any high ­fantasy ­collection” — School Library Journal

“Lee is experienced and skilled at building intricate worlds and letting the details unfold holistically through the plot. A particularly nice feature here is the multiracial component, incorporating pan- Asian humans as well as nonhuman shamans. Imaginative, action-packed, and clearly labeled as book one, this engaging title will leave fans eager for the sequel.” — Booklist

“Sirscha’s path to discovery and acceptance is thoughtful and heartfelt… A refreshing fantasy for readers looking for more friendship and adventure, less romance.” — Kirkus Reviews

“Lee’s writing and characterizations all but guarantee this one will have a rabid fanbase craving more.” — Buzzfeed

“With a backdrop of political intrigue, deep magic, and hidden roots, Forest of Souls is a tantalizing beginning to a rich new fantasy series.” — Traci Chee, New York Times best-selling author of The Reader trilogy

“With magic as luminous as it is terrifying, Lori M. Lee weaves a vibrant tapestry of sisterhood, self-discovery, and the long legacies of battles between good and evil. Absolutely enchanting.” — Natalie C. Parker, author of Seafire

“Set in a vibrant new world that’s as enchanting and ethereal as it is dangerous, Forest of Souls drew me in from the very first page and held me captive in its spell of magic, intrigue, and the bonds of friendship. It’s perfect for fans of Sabaa Tahir and Roshani Chokshi and will leave you shouting sisters unite!” — Mindee Arnett, critically acclaimed author of Onyx & Ivory and Avalon

“A classic fantasy rooted in self-discovery, death-defying friendship, and political intrigue, Forest of Souls spins a tale as lush as its world. You can’t help but want to see this dark journey through.” — Linsey Miller, author of the Mask of Shadows duology and Belle Révolte