Interview with Jaime Loren, author of WAITING FOR APRIL

It’s sexy, clever, and will tug sharply on the heartstrings ♥ 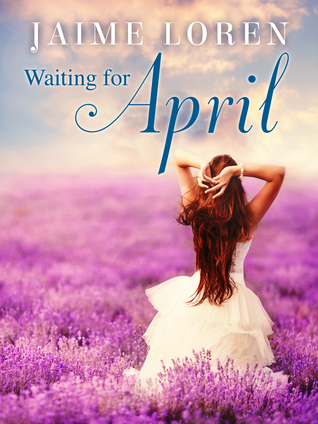 April Fletcher has died nineteen times… but she doesn’t know it.

As far as April is concerned, she’s just a normal seventeen-year-old, looking forward to spending spring break with her friends and going to college in the fall. April doesn’t know she has never lived past her eighteenth birthday, nor does she realize that Scott Parker, her best friend, is actually her childhood sweetheart and fiancé from her very first life.

For nineteen-year-old Scott Parker, spending quality time with his soul mate has proved difficult ever since her tragic death in 1729. Since then he has lost her an additional eighteen times—each of her deaths more devastating than the last, and each of her births wiping the slate of her memory clean. Unable to save her but unwilling to give up, Scott has to hide the fact he’s immortal—and will be until April confesses her love again.

But this time, things have changed. April has denied her feelings for him, is dating someone else, and with her eighteenth birthday fast approaching, their friendship is falling to pieces. Fearing their souls are irrevocably drifting apart, Scott must race against the clock to win her heart and save her life.

Or risk losing her forever.

1. Tell us what your book is about in 140 characters or less.
Harvard acceptance? Check. Find soul mate? Check! Discover you’re living your 20th life & you’ve never lived past 17? Ch–WHAT?!

2. Is this book part of a series?
Actually, yes! I’m so excited to announce that Momentum have recently acquired two more books in this series, making it a trilogy! Yay! There’s also a lot of room within the story to expand with novellas, so I have a feeling I’ll be living in Scott and April’s world for a while to come. 🙂

3. What was your favorite chapter (or part) to write and why?
Can I say sex scenes? I feel like I put my characters through so much crap, they deserve to let go—even if it’s only in a flashback to a past life. This story is such a tragic one for a lot of reasons, so it’s nice when the reader can see Scott and April having a carefree, intimate moment.

I also thoroughly enjoyed writing the graveyard scene, because I’m morbid that way.

4. Give us a teaser/quote from your book?
This passage is in Scott’s POV, and it’s definitely one of my favourites. 🙂

I picked up another pebble and held it tight. It was smooth against my palm, but it wasn’t delicate. It wasn’t easily broken. The pebble was hard—solid—and would exist for hundreds of years—if not thousands. Fine, orangey-pink lines wrapped around its grey form. The pebble’s only weaknesses were extreme heat, and water. Heat would destroy the pebble. Water would smooth it until there was nothing left.

April was my only weakness. She burned me with heat, but caressed me like water. There had been fleeting moments over these past three centuries when we’d existed together—me as water, flowing with her. But all too soon I was a pebble on the shore, watching her rush away again. 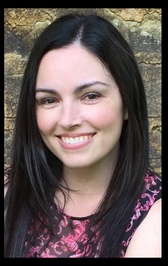 She lives in Adelaide, South Australia, but dreams of returning to her small hometown where she can give her children the same upbringing she had: exploring bushland, playing every sport under the sun, riding horses, and waking to the sight of kangaroos outside.

1. What are three things that make you happy?
My kids. My friends/family. Bacon.

2. What’s your most embarrassing moment?
That would have to be the first time I ever fainted. I fought it, which meant I stumbled around a lot. I was in a stable talking to a racehorse trainer on a hot day, and I distinctly remember him asking if I was on drugs (I was only twelve or so). ANYWAY. After head-butting the stable door (and cutting my eyebrow), I turned around, dropped to my knees, then fell flat on my face.

3. What’s the most blatant lie you ever told?
I can’t lie to save myself. Or to save others. I’m, like, the non-fictional version of cursed Liar Liar Jim Carrey. BUT, the closest I’ve probably ever come was when I was in primary school. My mum used to send me to a church kids’ group after school every Tuesday, and she used to give me money each week to donate to said church. Money I actually donated to the deli on my way to church in exchange for mixed lollies. Problem was, the woman who owned the deli ratted me out to Mum.

4. What advice would you give to aspiring writers?
I’ve lost count of how many times I was told to shelve WAITING FOR APRIL and write something else whenever I got stuck or confused by conflicting agent advice. And yes, while that shelving advice might be good for some, I just couldn’t turn my back on these characters. I knew most writers didn’t get to publish their first ever completed novel, but I couldn’t shake the feeling these characters just had to be known—that they would reach readers if I just kept at it. I couldn’t shelve this novel if I tried. So, my advice would be to keep writing. Keep learning. Know the business. The only way to fail is if you give up on yourself.

5. What are you working on at the minute?
Right now I’m psyching myself up for book 2! I’m so excited to write this one. I wish I could tell you more about it, but that would ruin the first book! Sorry! 😉

Thanks for taking the time to answer my questions, Jaime!

1 Comment on “Interview with Jaime Loren, author of WAITING FOR APRIL”